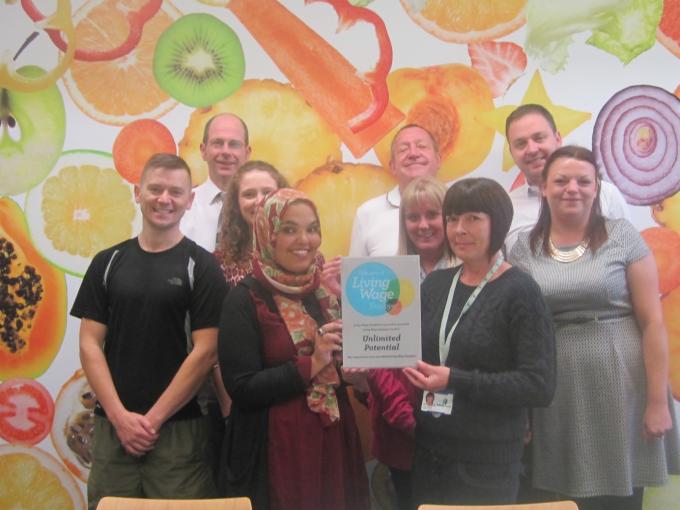 The Living Wage Foundation offers a recognition mark for employers that commit to paying the Living Wage. There are now over 900 accredited employers.

“We applied to become an accredited Living Wage Employer because we believe that all staff should share in the success of our organisation”, said the Chair, Kevin Coakley. “We also want to demonstrate externally our commitment to paying all staff above the Living Wage.”

“This sends a clear message not only to existing and future staff, but also to our customers, about how much we value our people” continued Mr. Coakley. “We also want to promote the wider economic impact of the Living Wage, and to encourage other employers to join us.”

Employers choose to pay the Living Wage on a voluntary basis. The Living Wage enjoys cross-party support, with public backing from the Prime Minister and the Leader of the Opposition.

Living Wage Foundation Director, Rhys Moore said: “I would like to send huge congratulations to Unlimited Potential on being shortlisted for the Living Wage Champion Awards. The commitment of Living Wage Employers to responsible pay makes a real difference to families and communities across the country. We look forward to celebrating this even further when announcing the winners of the Awards during Living Wage Week.”

The awards are judged by an independent panel of community leaders from the Citizens UK Living Wage campaign.