MADE IN BURY: ELEPHANT IN THE ROOM < Go back 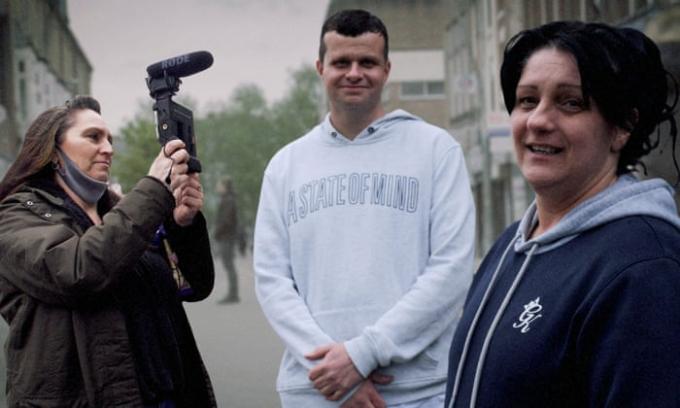 A new film, made by local people, has been released that reveals big social challenges facing many communities in Greater Manchester.

The film, Made in Bury: Elephant in the Room, draws on local and diverse voices rarely heard in the mainstream media or in politics. It explores issues such as insecurity, poverty and inequality, and how local people are organising to create system change that will tackle and prevent them.

The film reflects the work of the Elephants Trail project. Presently working in both Bury and Rochdale, the Elephants Trail creates spaces for local people to explore issues around severe and multiple disadvantage, and then to produce solutions together with agencies and professionals. These currently include issues such as homelessness, mental health and community power.

Made in Bury: Elephant in the Room was made jointly between a community reporting team from the Elephants Trail and video journalists at The Guardian, with support from The Guardian Foundation, the Joseph Rowntree Foundation and the Paul Hamlyn Foundation. It is part of the Made in Britain series of films.

“We all have that power within us to be able to say: ‘this is not how my story ends’”, said Juliet Eastham of the Elephants Trail. “How amazing to have a group of people with lived experience able to advise those people that really are at the top”, added Melanie Humphreys.

“We feel that there is a need to do journalism differently in our communities”, reflected Patrick Tierney of the Elephants Trail. “We think that people like us who have experienced severe struggles should have a role in bringing issues in our communities to light.”

“With Made in Britain, we are trying an experimental and participatory approach to film-making: giving up or sharing control with the people we work with locally”, said John Domokos, video producer at The Guardian.